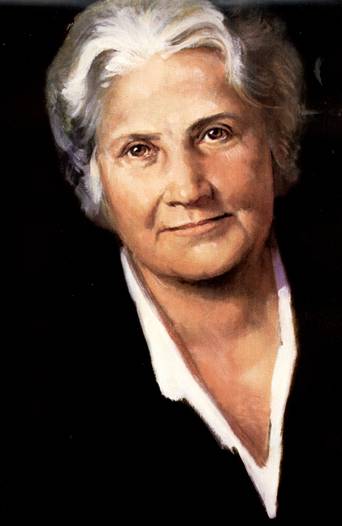 One of our parents Maia Driver, attended a parent evening at Pacific Crest on September 25th.  She has shared her thoughts about the talk. We appreciate her taking the time to recap the evening so eloquently . Thank you Maia!

Taking the Leap into Montessori Elementary and Beyond

I got some bad news last month at the lecture by AMI trainer, author and Elementary guide, Phyllis Pottish-Lewis. Apparently the Pink Tower was not invented by Maria Montessori. Nor was the Broad Stair, which, thanks to some clarification from my five year old daughter, is also and more commonly (to her) known as the Brown Stair.

While you reel from the shocking report, I will share some good news with you. No, Maria Montessori is not rising from the dead to sign a guarantee that my child will attend Harvard (and from some of the audience questions after the talk, I know that this is on the minds of many parents out there). I did, however, come away from this lecture with a solid reminder that the greatest gift that my child will get from her Montessori education is a strong sense of self. And, if I continue her Montessori education through Elementary and even through adolescent/teen years, her sense of self will be such that I don’t have to fret about what she will be or do in life because she will know what she wants and how to get there.

The basis of all of this starts with the Primary classroom. Maria Montessori developed a strong philosophy and practical guidelines that begin with the idea of the absorbent mind. As Montessori parents, you are probably aware of the idea that children’s minds in the Primary stage are like sponges. What may come as a surprise is that in the Elementary plane, the absorbent mind is lost.

What, you say? If I keep my kid in Montessori Elementary, she will cease to learn? Not exactly. What I learned from Phyllis is that Elementary children simply take in information in a different way. Now is the time when imagination is very strong. Whereas in Primary, children were focused on facts, Elementary students use their imaginations to create, engineer, and look into the past. Along with this imagination also comes the power to reason. It’s not so much that these older children can’t learn facts; but they want to know the reasons behind them. These kids also have a natural instinct to work in groups. And in these groups, they want to take on great works; whether it is building a life-size dinosaur or constructing a working windmill. The Montessori model at the Elementary stage allows space for big ideas to become reality even if the life-size dinosaur does not fit in the classroom or they end up needing an electric battery to get the windmill to work. In a nutshell (if Montessori philosophy could ever be contained in said nutshell), a Montessori education follows the natural tendencies and development of children in various planes of development, each lasting six years; they are further broken down into the three year cycles with which we are most familiar.

Another important piece of Montessori Elementary education that Phyllis brought to light goes beyond traditional academics and focuses on service to society. Maria Montessori wanted children to see how people needed help in society, thus the “going out” trips. Children at this stage want to do this. This helps set children up to become adults who feel connected to the world at large. This is where Phyllis made the tie-in to Cosmic Education. Carl Sagan jokes aside, this simply refers to the idea that all aspects of the universe are interrelated. Montessori children learn how they fit into the universal puzzle and more importantly, they learn to really understand the impact of their decisions on this puzzle.

You might wonder how Montessori holds up today, given the changes in the universal puzzle since Maria Montessori’s day. One parent targeted just that issue when she asked after the lecture, “How would Maria Montessori change her philosophy in the modern world?” Answer: “Not at all.” Interestingly, a few days after the lecture, my husband came home from a conference bubbling about a TED talk he heard on the airplane. The gist of the talk is that if children teach themselves in collaborative groups with no adult assistance (but maybe a little adult encouragement), children glean exceptional knowledge, far beyond a typical academic setting. Curious children need not be taught; to learn about what interests them, they look to other children, both in the role of teacher and student. They touted this as revolutionary research, but this all probably sounds pretty familiar to you—yep, Montessori.

As Montessori parents, we often wonder if our children will meet the “bench marks,” be competitive with other kids who follow a more standardized path, be rulers of the universe. What Montessori teaches us is that the “proof” is not necessarily found simply in the pudding. It is something intangible that helps our children have the confidence to excel and find happiness in pursuits that they are passionate about, which may or may not include ruling the universe. Call it Cosmic Education, call it Montessori magic; but whatever you do, trust that your children will become the people they are meant to become.

For further reading, Phyllis recommends not tackling Maria Montessori’s The Absorbent Mind just yet, but suggests starting out with To Educate the Human Potential for Elementary parents and The Discovery of the Child for Primary parents.