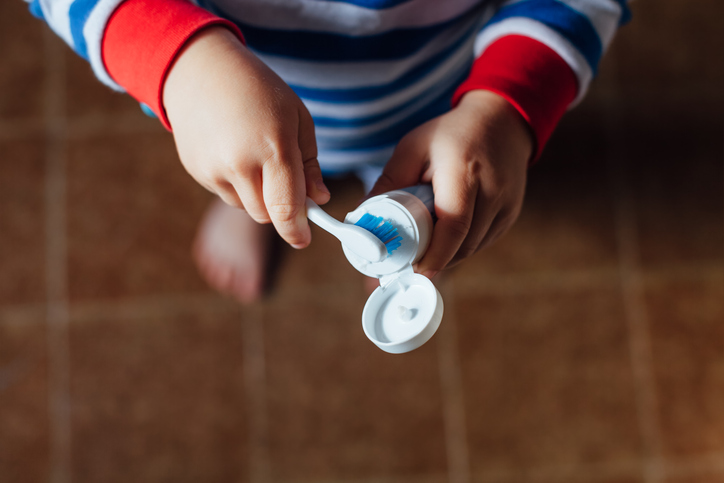 The sun rises and sets each day, the seasons come and go in regular order, I get up in the morning, wash, brush my teeth, dress, then go to the kitchen for orange juice. It is a routine, and we all have them. They are a comfort. We know what to expect. We do not even examine them very much, though if you did you would discover which shoe you put on first, how you frown when you comb your hair. When you bathe, do you begin with the face or the feet? Always? Which part of the newspaper do you read first? Always? It is restful to know what is going to happen next. One feels on top of things, in control, so to speak.

We live by so many of these routines. Things seem to go on automatic pilot. It is comfortable to go along without thinking much about it. In a new situation you need to stop to think at every turn. Imagine how it would be if you landed on Mars! Children are in that position.

The mechanism of building up all these things is complicated. Nature seems to know how much of them you will need when you are grown up, and gives you a time table for the forming of them. Before you can crawl or walk you just see how things are done and try to fathom what is going to come next. You check to see where all the furniture is placed. If someone moves a chair you immediately notice and wonder about it. Parents should realize this and keep things in place for babies.

It is hard to fathom how much interest our children have in how things are done, the order in which they happen, the layout of the house. Even riding in the car the baby in the carseat will note the landmarks and know when you are nearly home. They are so small that adults have no idea how much they care about these things. We are interested but take it all in stride. Only the explorer of unchartered territories can understand, and then not really. He has done it before!

All this interest becomes a mania at about two years old. It lasts for several years until the children get a handle on things. Any change in routine, any major move can create real distress. They wail without being able to explain what it is that is so awful, and if they could you would just laugh at such foolishness. In case of real disasters it is the two to four year old who is hit hardest emotionally. Parents say, “Oh, they adjust!” without realizing how difficult it is to do that. It causes real stress and the usual reactions to stress are difficult for the adults who do not understand.   Parents expect the children to be able to control it without any erratic behavior, but this does not happen.

“The terrible twos” we call it. They are absolute ritualists at this time. They know how it is supposed to be and insist on it imperiously. Let father sit at the “wrong” place at the table, let someone give the child the “wrong” spoon and you may actually witness a full-scale temper tantrum. To such a child it is a vital matter that everything be in its proper place, that things happen in proper sequence. The adult in charge usually has no idea how he feels. Trouble ensues. The fearful adult is quite sure the child is getting the best of things, “getting his own way.”

Habits are hard to change, ingrained as they are from so far back. If you examine them you can dimly realize how much work was done by the child you once were.

Children build up habits beginning from birth. In the first four or five years keeping the routine is an absolute mania, later on it is a comforting habit, teenagers tend to reevaluate them, adults forget about them. Teachers of school-age children know the importance and keep careful routines. Pupils dislike substitute teachers because they never pass the papers the “right way”. If Mother is ill and Aunt Mary must come, she never sets the table the right way or knows the proper bedtime routine. Older children grit their teeth and bear it, but the small ones howl in distress. Teenagers build up very sophisticated routines which they keep slavishly.

Adults have a very different attitude toward order. We like to have an orderly house or office because it is convenient, it makes it easy to do things. For the child order is a need of life. They cannot bear it if they are not sure where everything is. They, after all, are not creating the order, they are using the order to create themselves. They are taking in the environment, but must sort out everything, put things into categories, and how can you do that if things don’t stay put? The principle of order is built in, but it needs help, some sort of stability. They are working hard to make sense out of the thousands of things around them. We have already done that, so take the whole thing for granted.

Small children like to play games of hide-and-find where you put a toy under a blanket and remember where it is. Older children enjoy games of checkers where the rules are simple and unchanging. Adults enjoy chess for the same reason.

Teenagers are impossible. Their manias for ritual are different. They are not a bit bothered by the changes in furniture arrangement, but they want to dress alike, use the same slang expressions, even nod their heads the same way. They even like to cry over the same movies. They need to be sure of their ability to conform before they can afford to be themselves.

The rituals of the world have their start in early childhood. Religious services are unchanging, you know what to expect in ritual meals. You might have ham at Thanksgiving time, but not if you have children. The child you once were comes forth and insists upon turkey. Some people forego a tree at Christmas, but not parents!

We can help children by keeping the furniture in place, by keeping as much order as we can until they have it under control. Most of all, we need to be aware of the problem. Many parents who move about often say that their children adjust. They do indeed, and often do not protest, but it is hard on them. They learn very early not to bother you too much because you don’t understand anyway. The stress is still there so they live with it. Also, adult overreaction is something to be feared. Adults are big and strong so children learn to keep out of the way.

All these manias pass, but have their purpose.  If they are frustrated there is a price to be paid. When your child is absolutely sure of routines, when the categories stay put, he will be willing to let a few things change. The more order you have, the sooner this will happen, and the less stress on all of you.

Before the branches can grow the roots must be put down. The deeper the roots the stronger the tree. The most helpful thing you can do is enjoy the process.