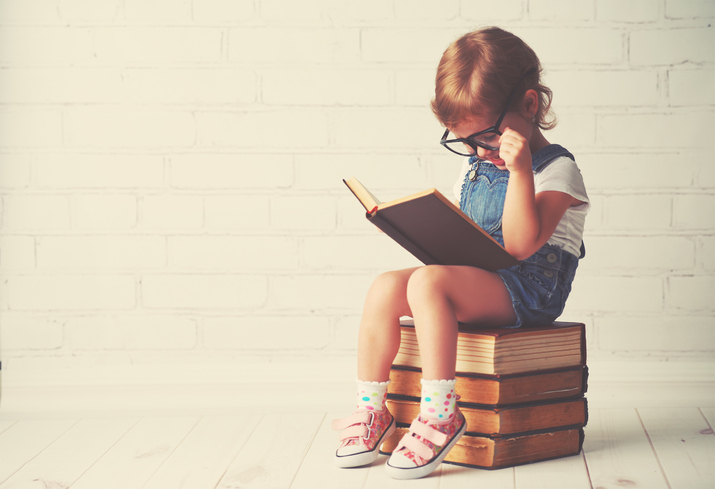 It is the nature of education to be “descending.” The older generation wishes to impart their knowledge to the young so that it will not be lost. They wish to use the young people to perpetuate the knowledge and wisdom of the people. But we, the older and the stronger, are also on the receiving end, difficult though it is to admit.

When the first child comes, the young couple are transformed into parents. They feel a tremendous responsibility to protect the newcomer and be patient with the intrusion. When the second child comes there is a kind of equality, with the third the parents are outnumbered. From the beginning the lifestyle is changed forever. The child gives ecstatic pleasure to the parents, and closeness such as they have not known before. Parents learn patience

Parents are keenly keyed to their own children, far more than anyone else could be. They jump when the baby cries, they are ecstatic when it laughs. The new babies call, awaking awarenesses they never had before. It is a new sort of knowing, most valuable, but it does set parents on the primrose path of thinking they always know best. It seems quite natural since one’s own parents always knew best, or said they did.

Parents set up a home, the cornerstone of any culture. They remember their own homes. They set into this home their hopes and ideals, based closely on their own past homes. Remember, these adults are the result of years of childhood work done long ago, not properly remembered. When the children come the home changes. They want stability so the parents want a house with a yard for the children (not the parents) to play in. It will probably have a lawn to be mowed (by the parents). At this point the young parents reevaluate their own childhoods, deciding which aspects they wish to pass on. Their own parents come in for much criticism now that they are examining their lives for the basic priorities. They begin to think of how much they owe to the children they once were.

A mother accepts her child before she knows who that child will be. Parenthood means learning to accept the unknown. Motherhood has the dual aspect of holding the child close while preparing it to move away. The child accepts the parent unconditionally, forgiving any and all lapses. The parents accept this angelic love. Thus the child teaches the parent the true meaning of love which consists of accepting others wholly and forgiving everything.

The small intruder is noisy, may not sleep all night. It will not be housebroken for nearly two years. It will be inarticulate for nearly that long. For months it cannot even sit up. Thus the parent learns to suffer inconveniences with joy, to put the needs of someone else ahead of one’s own.

The mother has had the child grow within her with all the closeness that implies. When it is born she must learn to share this closeness with the father.

From the moment of birth the child grows toward the father and the father learns to accept this small creature as his own. Gritting his teeth, he makes the same demands that he once made on himself. The child teaches the father a greater sense of responsibility, as well as the difficulty of making demands on those he loves. For the father, generally more than the mother, the solitude and selfishness of the couple are broken by either procreation or adoption. The child interferes with his sleep as well as other habits.   The first son or daughter is the first intruder with whom he will have to cope.

The father also receives and learns better how to give unconditional love and complete forgiveness.

With the birth of the second child the world is permanently changed. The new baby is there to stay. From now on there are two: two girls, two boys, a boy and a girl. The sex of one redefines the six of the other. This drama of the intruder on the undisputed realm of infancy is the most poignant the child will encounter, but as the family grows the eldest must deal with fresh arrivals. Every child in the family learns different lessons.

Thus each child teaches his or her older brothers and sisters a sense of tolerance, sharing and solidarity.

It is a source of pride as well as a disconcerting experience to become a grandparent or to be married to one. Grandparents are given a second chance to enjoy parenthood with fewer of its tribulations. Their achievements are behind them. They have time to tell stories. Alliances with grandparents are reassuring. Children give them love and attention, and a tie with the future.

Grandparents have another lesson in letting go. They see how generations progress. Their sense of humor is heightened.

Children force all of us to reassess our values. They question us in very disarming ways. We are constrained to think carefully about our little lapses, our little foibles, in the light of their penetrating vision. We dare not be dishonest in front of them. We cannot bear to be caught in a lie. Children ask us disturbing questions about the world and force us to draw conclusions about things we would prefer not to consider. We dare not let them down.

Children make us more aware of our families. Our parents are now grandparents. Our dumb kid brother becomes our child’s honored uncle. They ask us about our own childhood, an we give them sanitized versions of it. They get us interested in our ancestry, our roots. Because of the children we look into the future with the idea of improving it for them

Children take us back in time to the days when the simplest meal tasted like ambrosia, the flowers smelled like heaven, and going fishing was something ecstatic. We go over these wonderful days, reassess them. We sort things out with the children and our own mental health is enhanced.

Sometimes it is a strain to be forced into respectability by these implacable children. We try to be paragons of virtue. If we let down our guard we see it in the eyes of adoring innocence. Even when they are grown they insist on our perfection. When we lapse they make excuses for us.

Children push us into the category of the all-knowing. If we are not careful we will not dare admit to them that there is anything we don’t know, that there is any subject on which we do not have a correct opinion. We need to have an answer to everything. We come forward with advice on any and all subject. It is a terrible trap into which most of us fall, and we can remember doing it to our own parents.