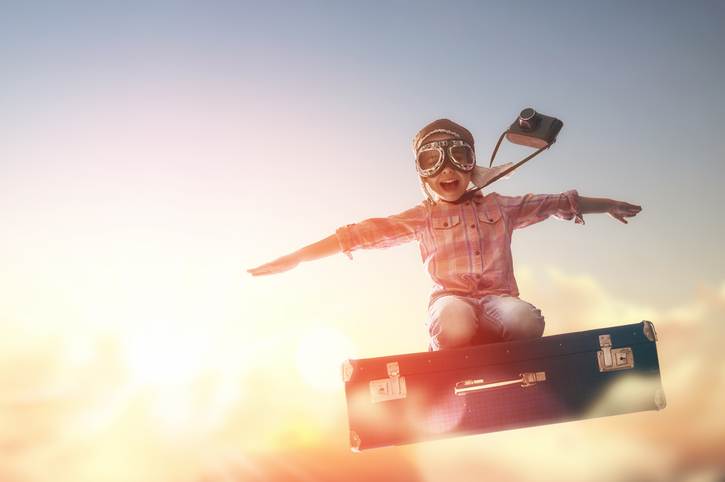 Parents struggle with this idea constantly. How much freedom should we allow? In the case of a newborn baby there is not much to worry about, though in the early 1900’s the scientists had decided that babies should be fed every four hours on the dot. Babies who cried at other times were not to be indulged, certainly not fed.

Actually freedom is an acquisition, not a gift. I have not real freedom to drive a car in the city without knowing the rules and agreeing to them, even though some indulgent friend may have given me the keys to his car. If I insist upon driving, someone who knows better should stop me.

If I have not studied the law of gravity and step off a high cliff there is a price to pay. It is not punishment because it is not personal, but I will remember the experience and attempt to avoid it. I need to operate within the laws of the physical universe whether I know them or not. They restrict my freedom of action quite a bit. The more laws that I know the greater is my freedom, provided that I am willing and able to obey them. Knowledge is power, they say.

To have proper freedom in my society I need to know its customs, its protocol, its standards. I need not agree with them, but I must recognize them and operate within their boundaries.

Children begin at home, finding out the boundaries, the customs and the protocol. In addition, they find where everything is, what it is used for, how it is reached and all the rules for its use. Only then is freedom attainable. Parents help tremendously by under-standing the problem.

An Eskimo child learns the names of seventeen kinds of snow and finds it interesting without realizing that eventually this knowledge will come in handy.   I do not know any of these and am unlikely to ever know them, inasmuch as I seldom see snow of any sort.   The question occurs as to whether, if I wanted to, I could learn this sort of thing. Even if it were possible, what would need to happen before I would be interested? Would I need to go to the Arctic or could I do it alone? How much power do I have over my own motivations? How much freedom do I have from myself or for myself?

Children seem to have an overpowering urge from the very beginning to become independent. They have so very little independence when they first get here that every little conquest is important, even to holding up one’s head. The mind is so important that every action awaits its will. They watch carefully every hand movement they see as if they knew they could imitate it. When the time comes to move about they delight in every conquest of the bodily movements required. When the time comes to handle things they rejoice in every bit of hand control they can manage. Monumental efforts are made to feed themselves and dress themselves. When they can manage to know where everything is at home it becomes a thrill to find things and put them away. Older children leap about over rocks with a true sense of accomplishment. What a sense of power they have, these small explorers!

I know of a small girl two years old who sat at the side of a pool watching her family swim. After a time she felt she had the movements well in mind and dived in. When someone rescued her she was furious, she was so sure she could do it.

The children need help in this struggle, but not too much of it. It is of great help if an adult will demonstrate the movements slowly. The deft hands of the adult can be difficult to follow with any exactitude. Even opening and closing a door can be difficult if you see it done too quickly. It is of great help to be surrounded by order so that the child may internalize it. This order should be consistent. It should reflect the standards and beliefs of the parents. Children may reject some of this when they are older, but they will admire the parent who holds fast to the standards.

Children will work ferociously to climb the stairs, even with very short legs. They will then experience a glow of satisfaction and go on to something else. Climbing the stairs will become commonplace. This process goes on and on – the acquisition of more control and the subsequent loss of interest. The obsession for independence goes on unabated to newer and greater heights.

Power over one’s body can reach great heights as we can see from observation of the athletes of today who actually exceed those of yesterday. Those with the greatest powers have usually taken a great interest in childhood and have not lost it. Every conquest over every muscle movement is treasured. What a feeling of freedom!

It is well known that the child who is adept with his body, particularly with his hands, has better behavior than the clumsy one.

Power over one’s emotions has a place here. Teenagers will look for dangerous situations in order to test their ability to conquer fear and anxiety. Even small children know how to grit their teeth in the face of adversity. When we know how to face ourselves down we experience great joy. Here is true freedom. Great literature abounds with stories of those otherwise great people who allow themselves to be enslaved by their own feelings of jealousy, ambition, fear or even hope. .

If you do not know what you want there is no freedom. Children need practice in making choices. They love to set goals for themselves. When you set your own goal and attain it there is a feeling of glory that will never leave you. A large number of these experiences gives a type of confidence which makes for happiness indeed. You feel truly good about yourself. With children this feeling comes often as they struggle so hard, and with it comes a relaxation that is beautiful to see. After such an experience children will exhibit every virtue known to man.

Power over our own motivation eludes most of us, but not all of us. In order to accomplish anything we need to have a reason for it, a reason that makes sense to us.

Children as well as adults can “turn off” and “tune out.” Those not interested in history find it very dry and cannot learn it. They will pass tests and forget everything in a day or two. Those not interested in music can take lessons for years without progress. Those who love it will learn rapidly. Teachers know this and make an effort to spark the interest.

Children learn by taking it in and sorting it out later. They are like sponges. They are also at the mercy of their society, of their surroundings, of their parents. They can learn at unbelievable speed when they let themselves go. The power of the mind of the child needs much more study. When in operates unimpeded it is a pleasure to watch.

Freedom to do as you please is not the same as freedom to do the things you really want to do. Children are quite ready to discuss this problem and to cooperate. They well know the difference. The feeling of knowing what you really want is quite unmistakable. There is power in it.

A child absorbed in gaining some sort of power over himself or herself will show you the finest of the human virtues and none of the aberrations. They are so proud and happy to attain this sort of freedom that the only emotion left for other people is pure gratitude, an outpouring of love for all of the cosmos that is handy, beginning with parents. We have all seen this phenomenon. The child gets a rather stupid look on his face at first, then a burst of attention and repetition of some activity. The concentration is so strong that he seems oblivious to other things. It sometimes is fleeting, sometimes will last for an hour or more. All adults should look for it and honor it. Give the child a knowing look.

Can we recapture this? Probably we can if we watch carefully enough. Certainly when we have children some of it is remembered. Many people are able to relive it to some extent. This is one of the joys children bring to their parents.

There are adults who can learn a foreign language just as quickly as a child, even if they never attain the perfect pronunciation. There are adults who learn to draw when they are well over fifty. These adults have power over their own motivation, their level of interest and concentration. They can turn concentration on and off at will. They can relax and “take it in” as children do.   They can decide what to think about.   It also requires an intense interest and the ability to maintain it through the inevitable work that is required.

Nature gives children these interests, but they fade. My interest in snow faded long ago as my environment does not include it. We talk of sparking interest as if interest were a flame to be ignited by something from the outside. It usually is. Adults can date their great interests from childhood, from an inspiring adult, an inspiring book, or an inspiring experience that somehow took hold. They remember when it happened, but it is hard to understand how.

All the religions of the world stress the importance of gaining control of the body and of the mind. This is probably the purpose of education. Certainly it absorbs children everywhere.

Adults who live with children are privileged. These are the two poles of humanity looking at one another and gaining insight from one another.