Chapter 23 – The Reality of Toys 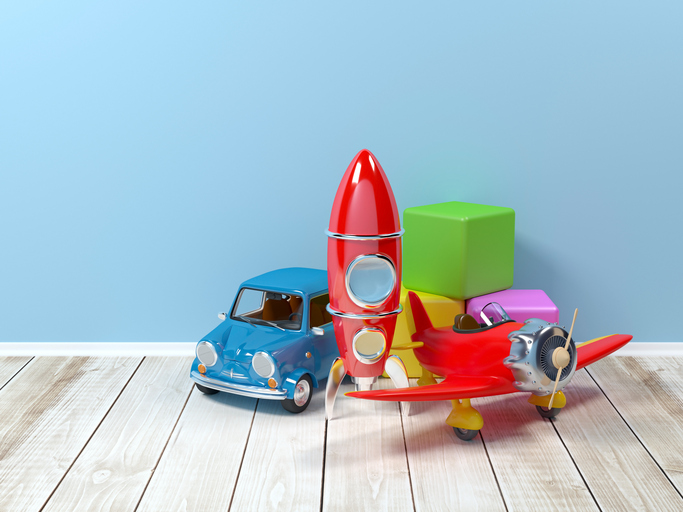 Toys are a billion-dollar business, the source of many jobs and many fortunes, entirely dependent on children, what they are really like and what adults think they are like, also on what adults are really like. They are sold by adults to other adults, after all. They are carefully researched. Appeal must be made to the parent who pays as well as to the child who plays. Advertising is very competitive, so that only the truly effective is ever seen. Always there is the dream of creating another hula hoop or Ninja Turtle.

Toymakers invite children to see the toys, and then they watch which ones the children choose. They think because children squeal with delight over some colorful toy that they will enjoy it. We are also drawn to things with color and speed and noise, but that does not mean that we want to live with them. Children are also not the happiest when they are overstimulated.

When we buy something, we run up against the idea of possession, which is not the same for an adult as it is for a child. Possession involves personal rights and duties. If you possess something, you must pay for it, then put it somewhere, dust it,clean it, oil it, fix it, and eventually throw it away. You may enjoy looking at it, riding in it, manipulating it, living with it. Ownership also gives you the right to prevent anyone else from enjoying it.

Children look at possession differently. First of all, they have not earned the money to buy it, so there is no idea of sacrifice. They look at the toy with the idea of its use to them at the moment for their purposes of self-development. The baby says, “How far can I throw it? How heavy is it? How does it bite? Does it squeeze? Does it make a noise? What color is it? How do my hands fit around it?” If the toy belongs to someone else they will grab it, not to be selfish, but because the sense of belonging simply is not there. Also the idea of keeping a toy around forever does not enter the mind.

When you go to the toy store your child will say, “I want this.” or “Please buy me that”. He wants only to touch it, to play with it for a while. Do not be impressed. Watch your wallet!

To a child, the advantage of a toy is that adults will let you experiment with it as long as you like. Toys are not as interesting as pots and pans, but at least someone does not grab them away just as you are getting the feel of them. Toys are nice to have when other children are around unless, of course, the other children grab them before you are through with your curiosity.

Parents try to find toys that will keep children occupied and out from underfoot. Imaginative play will do this, so it is encouraged by all. As soon as the toy loses its real interest, the average child will figure out something else to do with it, perhaps they will take it apart. For most toys, the average intelligent child takes about 48 hours. Children hate boredom, but they do learn to cope with it.

Most children have far too many toys. Being surrounded by goodies is a common adult fantasy, but reality is something else. It is a good idea to have a closet in which to keep toys. You can then bring them out a few each month to keep things interesting.

Some toys have real value to children for years. Balls are wonderful. They can be pushed, thrown, rolled, kicked, tossed, bounced, etc. They can give a working knowledge of all Newton’s laws of motion. They will strengthen muscles, tune up the eye-hand coordination, help with eye focus. In addition, they give scope to the imagination. The number of ball games is already great, the number the children can invent is without limit. Older children invent the rules, agree on them, enforce them, getting real experience in democracy.

Blocks also give scope. Good sets consist of various shapes which can be combined, felt, seen, manipulated. Work with blocks is not aimless. Frank Lloyd Wright claimed that his original inspiration came from a childhood set of blocks. A structure requires an inner image for the outer to approach. Exactness of movement helps coordination. The natural tendency toward perfection comes into play The process of seeing things fit is most appealing to the newcomer into the world trying to get a handle on the basic shapes in it. Blocks give a working knowledge of balance, symmetry, a good bit about the law of gravity.

Role-playing toys such as dolls, personified animals, farms, garages and the like, play a part in development. They help work out the emotional inconsistencies that are everywhere. Cuddly bears become real friends who never give you a hard time, and it is always good to have a few. Pretending gives you a little help in facing the new and imposing situations which seem to come up so unexpectedly. It is a chance to practice the social interactions which are so subtle.

Games are great. The team cooperative spirit seems to emerge at about the age of nine. Before that the young baseball player will ask, “When is it my turn to be up?” Individual competition is helpful unless there is shame attached to losing. For children it is not, however, the excitement and spur that it is to adults. The child’s focus is still on inner growth and skills. In games life’s rules are cut down to manageable size and the adult is not at so much advantage. It is well-known that chess champions emerge at the age of 12 or 14. Try playing “Concentration” or other visualizing games with your preschoolers and you will begin to see the powers they have. They will usually beat you. They should be admired for these powers and not told that they will “outgrow” them. Games have the most appeal for children ages 6 to 14. This age struggles most with ideas of rules and how slavishly they should be followed.

“Educational” toys are made to appeal to the Phi Beta Kappa parent and are, therefore, usually far more expensive than their real value to children. Check them out carefully. One excellent source is a museum gift shop. There you may find magnets, prisms, holograms, gyroscopes, and a myriad of things at reasonable prices.

The best toy for learning arithmetic is one’s own fingers. They introduce the whole idea of the decimal system. For art, the best toy is a good set of crayons or paints. For writing it is pencils, paper and a grandmother to write to. For music practice, there are now keyboards, and the simple ones are best.

Imagination is one of humanity’s greatest attributes. Toys should give it scope, not restrict it as do the small replicas of the TV characters. Toys are for working things out, but real things are best. When you can, let your child help you play with the pots and pans or the screwdrivers and hammers. She will need to be content with miniature bulldozers, but give her as much reality as you can. Boys are a billion-dollar business, not including batteries, but strictly supplementary. You cannot improve on sticks, dirt, water, and old boxes.