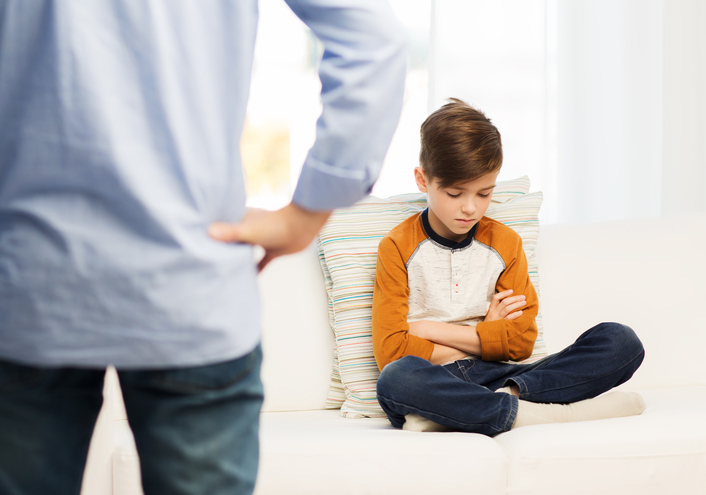 “Everything has got to be somebody’s fault!” This was the plaint of a seven-year old boy trying to cope with a social situation. There are many of them, new ones every day, the old methods of coping never are completely successful. This boy was at his wit’s end.

Assigning blame is a useless form of human activity, indulged in by children and adults alike. It enhances our feeling of self-worth. It makes us feel superior, it is a real mental trap. It begins, but does not end, in childhood. My friend who owns a body shop tells me that he never fixed a fender when it was the driver’s fault.

The idea of fault is one of responsibility, but can become an idea of sin and virtue. If you have tried your best and failed, is it your fault? How about the situation in which you don’t care? There is no fault when the perpetrator of the action does not know any better, or is not able to perform it, and children are on the cutting edge of this. In the early years they are extremely sensitive about their bodily coordination, so they will feel terribly guilty about spilling a glass of milk, to the point of suffering. Adult expectations make it worse, but their own expectations are the hardest to bear. The suffering is so intense that they evade it by blaming someone else. They have much opportunity to emulate the adults they see around them.

It is interesting to hear conversations concerning car accidents. They are always traumatic even if the damage was slight, and the trauma tends to cloud the objectivity of the discussions. Usually one hears only one side of the problem, and listens to details of the mistakes of the other driver. The speaker’s mistakes, if any, are usually glossed over with excuses.

Inmates in prisons have lots of time to think up excuses. In their minds everything they did was excusable, if it happened at all.

Excuses are manyfold. Children learn early their mental and social value, and collect them to be used years later in varying situations. Some are more suitable than others. Teachers learn to recognize them on sight.

Adults teach children from their own experiences which excuses are more useful then others. Some of the best are:

Everyone needs a collection of these. Family members use one another, quite wisely, as excuses. The burden of blame is too much to bear, to most of us it is unbearable. It is most difficult especially to live with our own imperfections. This would not be so if we did not have the vision of perfection engrained in us. Children have it too, in different ways from adults. It varies from one culture to another but is always there. In every society there are unforgivable sins mightily to be feared. In some societies it is cowardice, and after one lapse life is no longer worth living. For sins such as this no excuse does any good.

However, we bring on the need for excuses when we say such things as:

You are so clumsy
Butterfingers!
You can’t do anything right.
Next time let me do it
I told you ten times!

You don’t really mean all that. You just don’t understand how much it makes children cringe. Adults would resent the remarks, but not nearly as much. Children are still looking to you for cues and believe your judgments are accurate. Adults also make the situation worse by attacking the excuses, making them intent on finding better ones.

School-age children are sensitive about their knowledge. Adults, of course, know everything and they want to approach this exalted status. They are embarrassed to admit that there is something they don’t know. This enters the world of the microscopic, until they hate to ask how to spell a word or inquire about anything. Anything they know they feel they always knew it, just like adults. These children are masters of excuses, much quicker than the younger ones to blame someone else, fairly or unfairly. Altercations between children playing together can become quite argumentative. They truly enjoy the arguments, though these are horrible from the adult point of view. “He did it first.” seems like an excellent excuse. These children are obsessed with the idea of fairness even though they are not so good at gaining it.

Teenagers have a deadly fear of being disliked or shunned by other teenagers. When they say “All the other girls go to the mall on Saturday night.” it will seem to them like a valid excuse. Adults want to be socially accepted, but not to the extent of suffering about it.

During this age parents are asked to accept much undeserved blame. These teenagers can manufacture excuses faster than anyone else.

Adults are fairly good at the blaming game, they are actually better than children, as they have had more experience. But they are sensitive about different things so will operate rather differently.

In our mythology our cowboy sagas, our police dramas, the good guys wear white hats and always shoot straight, the bad guys in the black hats never do anything good. However, in the dramas the bad guys usually do not have excuses for their behavior.

Parents want their children to behave themselves according to the standards of their families. This is a hard thing to bring about, but every parent tries. Shaming is a very effective weapon, but it is a two-edged one. Your children also want to fit into the norms, and they use parents to demonstrate the norms. They then become hypercritical of the parents when they see discrepancies. They will see lapses in the smallest things that adults do not even notice, and the excuses emerge.

Children sometimes feel the weight of blame for things that do not upset the cosmos very much. Those under six are especially vulnerable to feeling clumsy. Any criticism of clumsiness or awkwardness makes them cringe. It is here that the first excuses arise. Teenagers have their feelings hurt at the smallest social gaffes. Wetting the pants is the nemesis of the school-age child. Adults laugh at all this, but do not laugh at themselves for equally foolish sensitivities.

Parents tend to blame themselves far more than they deserve. They really do not have the power to control everything, and do not need excuses to tell them this. They blame the family genes for quite a bit, and cite Uncle Oscar’s sins as a prime example. They are particularly speechless when the children witness a mistake in judgment. Instead of admitting that they are not flawless, the excuses come flooding out.

Since you are in the position of setting the stage, it is best to keep a sense of humor and realize that accidents will happen and should not keep our eyes from the goal. Just keep setting the goal. Shame and blame are a waste of time and energy, as are excuses.