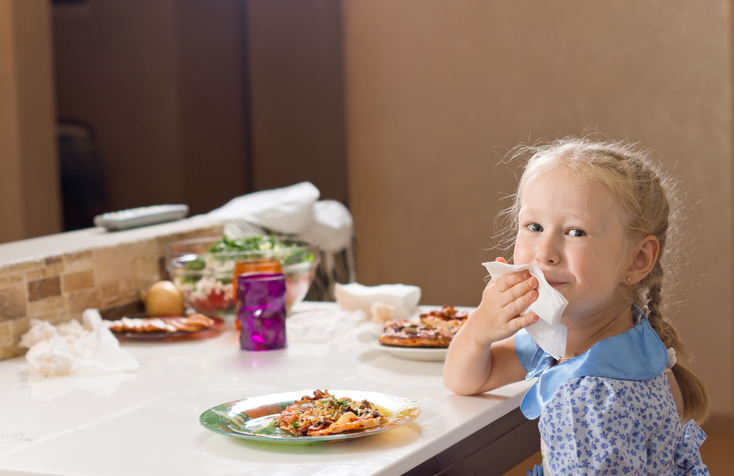 Courtesy is called good manners, as opposed to bad manners. A “manner” can be good or bad according to the society in which you live. When you go to a new country you want to learn the good manners so that you will be accepted. Eating with your fingers can expose you to much humiliation, largely undeserved., but only in some countries. Children are in this position.

Good manners lubricate social life, make it run smoothly along established customs, but they are often delicate, the use of the words terribly precise. It takes time to learn all the nuances, much observation of adult behavior to know the proper usages. Sometimes adults use bad manners jokingly – most disconcerting until you catch on.

The use of good manners makes children appear tremendously charming; it impresses the most jaded adult. They are treated by adults with respect and appreciation. The parents can beam justifiably. Everyone is pleased, and the children gain a feeling of self-worth, being an integral part of human society, knowing the paths through the forest of human relations.

Difficulties arise when the situations come upon the children suddenly. Parents can help greatly if they will warn them ahead of time and explain the expected behavior. Quite often children are hustled into the car to visit Uncle Alex who is extremely fussy. They have no idea that Uncle Alex will take it amiss when they climb on the furniture. In this case the parents are embarrassed, and an embarrassed parent can be formidable.

We are a democratic country, so we worry a great deal about arrogance in people who use exaggerated courtesy. Everything seems to depend on the social situation, and these are unlimited. It takes years to learn to cope with all of them. Nobody wants to be caught in these traps.

One of our greatest fears is the social snub, and to avoid this an elaborate system of manners has been built up. It is quite artificial and changes from one generation to the next, making it even trickier. It differs with ethnic groups, it even differs with families. Embarrassment seems to be equated with humiliation, also a loss of the feeling of self-worth, all out of proportion to the social gaffe. Courtesy is not the same as respect, but it is usually taken that way.

Adults use much more courtesy toward one another than they use toward children. This is carefully observed by children. Sometimes they resent it, more often they accept the fact that children are less deserving of respect than adults. They are well aware that they are powerless to make any of the rules. Teenagers want to improve the world, they are not so polite about it. Also they think it is about time they changed over into one who deserves courtesy. The difficulty is that they do not afford it to children either.

When children are in social situations where they do not know the proper courtesies they are embarrassed. They then behave most erratically. Sometimes they hide behind Mother’s skirts afraid to be seen, often they flounce about and squeal which makes the parents embarrassed. The parents then behave most erratically. They are terribly afraid the other adults will see them as having lost control of their children. Discomfort becomes acute.

In this area, as in so many others, we need to understand children, we need to see them as people, not as pre-people who need to be warehoused until they are old enough to make sense, who need to be punished before they will behave in any civilized manner.

Children need to be taught the social amenities. It helps to dramatize situations ahead of their occurrence rather than to prompt them to say “Thank you.” Behavior needs to be spontaneous, so that it is more important to know the proper procedures than it is to follow them every single time. Before Grandma arrives the family can dramatize the event to see how to invite her in so that she may feel at home. Before going to the library practice talking softly. Anticipate all these situations until your child feels comfortable with them. It will add enormously to his or her {and your| self-esteem.

We do this in the Montessori school. We pretend that a visitor is coming and discuss at length the proper thing to do and say to make the guest feel comfortable in the classroom. The children find these lessons very interesting, showing their awareness. Discussions can go on and on, especially in the elementary classes where the interest in justice is so strong.