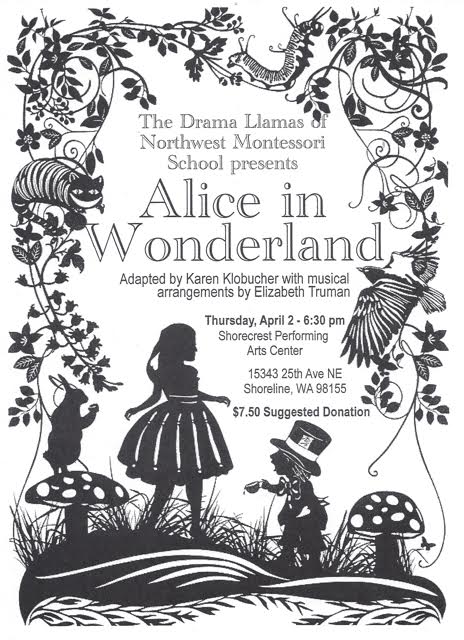 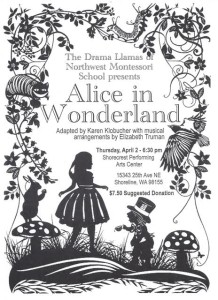 Adapted by Karen Klobucher with musical arrangements by Elizabeth Truman

“Which would you rather do,” I asked The Coocadagy Players, the drama company at Northwest Montessori, in 1991. “`Alice in Wonderland’ or `Julius Caesar?’”

Not having the stomach to direct 6- to 11-year olds in a mob stabbing, I staged a pillow fight and they suffocated Caesar.

In 1997, I suggested Alice again with success. A representative from Seattle Children’s Theater came and loved that we had six Alices in the production.

Fast forward past a hip injury and recovery to ride a bicycle 545 miles from San Francisco to Los Angeles in the AidsLifecycle challenge.

In 2009, the Coocadagy drama company renamed itself the Drama Llamas and performed three scenes of Alice in the gym at Emmanuel Bible.

Six years later, at the second rehearsal for a full-blown 50-minute musical version of Alice in Wonderland, in walk Grace Fletcher, Paavo Saari, and Kenji Picardo, all “founding” members of the Drama Llamas (dang, they originated the name!). They wondered if they could help backstage for this Alice. Many of the sixth years you will see in main roles were first years in those three scenes in 2009.

Have we walked through a looking glass at Northwest Montessori? We ARE a curious folk.

In this 50th year of the school’s existence, such dedication, loyalty, and camaraderie by students past and present is an inspiring reflection of the school’s commitment to community, art and beauty. 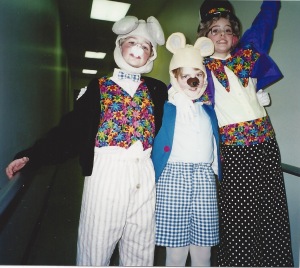 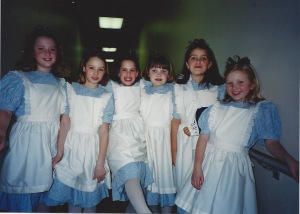 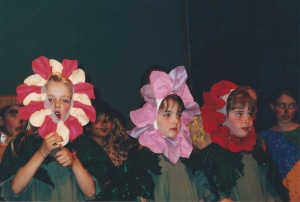 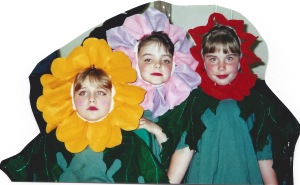 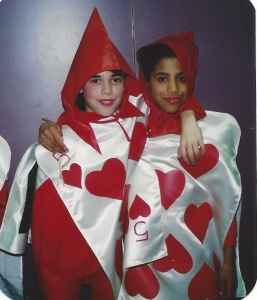 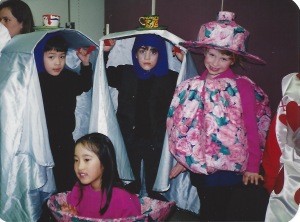